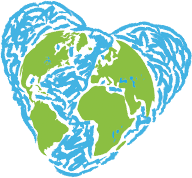 The Solomon Islands are one of the least developed countries in Oceania. The impacts of climate change are already being felt there, threatening the livelihoods of many people in this South Pacific nation of hundreds of islands. Rising sea levels, coastal erosion, storm surges and saltwater intrusion into groundwater threaten the numerous settlements near the coast as well as the food security of the entire population.

Marginalised demographic groups, such as children, women, people with disabilities and indigenous peoples, are particularly affected by the impacts of climate change. Existing inequalities are further exacerbated as a result. They have less access to resources and information, and are hardly involved in decision-making processes. Yet young people and women make up the majority in the informal settlements threatened by rising sea levels. However, they are largely excluded from urban planning and administration. In rural areas in particular, girls and young women have hardly any say. They are confronted with great uncertainties due to social and climatic changes, but have no possibility to influence how the challenges are dealt with. Village life and organisation in society are traditionally patriarchal and have been supported by a complex set of gender norms for decades. This makes it difficult for girls and young women to participate in public life and decision-making processes. Gender justice has been recognised as a crucial factor in international climate policy in recent years. The Paris Climate Agreement of 2015, for example, calls for gender justice and women's empowerment to be taken into account in all climate change activities. This is also where our project comes in.

Aim of the project

The aim of the project is to empower girls and women so that they can influence and drive decisions on climate protection at a local and national level. To this end, we want to enable girls and young people to define, represent and promote their own needs, wishes and ideas for climate protection. We also connect them with regional and international youth climate activists.

Read more about the project...

Please enter your username or email address. Instructions for resetting the password will be immediately emailed to you.